Just 3 weeks before the 24 hour race, the opportunity arose to team up with my son, Justin. Andy Wallace completed the line up and I was dragged out of Le Mans retirement to compete in the Harrods McLaren F1 GTR.

We went to Le Mans with little hope of lasting more than 4 or 5 hours, but the chance to compete with my own son and with Andy, who is a great friend meant whatever running time we managed, would at least be enjoyable.

Race day arrived and despite our low expectations, at 10 o'clock at night we actually found ourselves leading the race, which looking back was an incredible achievement. We continued to lead throughout the night and I think till around 10 or 11 o'clock in the morning.

As the track dried out, the suspect gear box that we had in our car, which all the other McLaren F1 GTR's had in theirs apart from the factory backed car, began to fail and I found myself unable to shift gear. We gradually dropped back into 3rd position.

I then found myself stood on the podium with my son, at Le Mans, on Father's Day. An incredible memory.

Derek Bell MBE shared this memory for the Replay Motorsport project at the www.chelseaautolegends.com show on 3rd September 2012. Our thanks go to Chelsea Autolegends in making this memory possible. 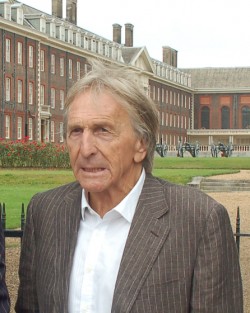 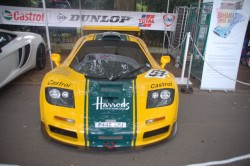