My very earliest memories as a young child are of being at the race track. My father was racing before me as was my brother, so I grew up with dirt track racing, circuit racing, you name it, I was there. I started racing go-karts at the age of six, so racing is pretty much in my blood. One of my earliest memories is standing at my home track, Manfield, watching my Dad driving Formula Holden and Mini 7's.

I remember my very first race, it was the only time I ever drove against my brother. I was six years old and he was ten. Despite him being four years older I still thought I had a chance of winning....the harsh reality was I got lapped a few times. But I remember the day very well, the sights, the sounds, the smells, the feeling of competing and racing.

My first time out in a race car was a single seater, Formula V. It had a 1200 cc Volkswagen engine. I was eleven years old, so pretty young to experience that, we are a bid mad in NZ! My first race was a year later.

This season has included an unbelievable experience with Porsche. Driving at Le Mans for the works team was certainly the biggest moment of my career so far. The race is a bit of a roller coaster of emotions. You work for a whole year or more towards that weekend, it is a huge build up and in some cases you could have lived your life for that entire moment to be on the grid. You're full of emotions at the start and everyone experiences up and downs during the race.

The most challenging aspect to Le Mans is managing the traffic, our cars are the fastest out there and there are so many different categories with different speed levels. Yes you need to drive the car as quickly as possible, that is what I've trained to do all my life, but the skill at Le Mans is in judging closing speeds of other cars around you and distances, being patient and being calm. I love driving as night falls, everything comes towards you at warp speed as headlights fill your mirrors. I felt very alone in the car, but incredibly focused. It was a special moment. I loved it. This year we got to twenty two hours in and were leading the race. With two hours to go we blew an engine. It was absolutely devastating, but we were still incredibly proud of what we achieved and we still celebrated it.

Brendon was interviewed at The Silverstone Classic ahead of the 90s Legends GT demonstration run where he drove the Porsche Cars GB GT1/98 in Mobil 1 works livery, as pictured opposite.

Share a memory to help tackle dementia, depression and loneliness 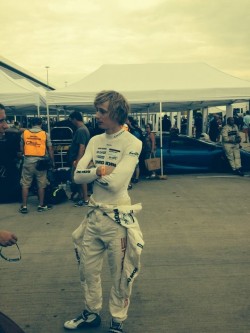 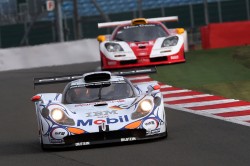