David Higgins: a painful race and rivalry with my brother

My first taste of motorsport came at the age of eight when I started with motorcycle trials.

By the age of 10 I had moved into the competitive world of national kart racing and proved to be pretty successful at it, winning 7 titles against the likes of David Coulthard and for a short time, Alan McNish, who were also honing their race craft in karts. There was far less contact back then, as the karts were open wheel, with none of the side pods and protective bodywork there is today. If you made contact it would frequently result in a painful outcome, so it was to be avoided wherever possible, which probably made for a more friendly paddock than nowadays too.

My biggest rival in kart racing was my brother Mark

Thinking back, it must have been a nightmare for our parents, as both of us proved to be quick and natural sibling rivalry meant the only target for either of us was to ensure we didn't finish second of the Higgins brothers. This resulted in us trying desperate manoeuvres to get past each other and often taking each other off rather than lose out. We must have lost out on several potential race wins due to these somewhat destructive tendencies....

So whilst I managed to win races against others, the kart race that remains firmly etched in my mind is one in which I had managed to keep my brother behind me for several laps. Try as he might, he couldn't get round me and coming into the last corner I was still leading the race, so he tried to try a different tactic.

The next thing I see is his kart flying over my shoulder......Naturally this ended in disaster for me and he went on to win the race. Once we'd got back to the pits, the inevitable fight took place!

When the kart landed it broke my collar bone, but what was more painful was it had also split my race helmet, so I had to spend all my holiday money I'd managed to save up on getting a replacement, without any contribution from my brother! 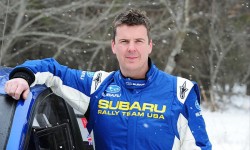