Growing up in Dumfries

I first got interested in motorsport through my Mum and Dad who liked motorbike racing. Living in Dumfries, we were not all that far from the Isle of Man and the TT races & rallying were very much part of the culture around the area. David Leslie, who is also from the area, was just starting in motor racing in Formula Ford back in 1977 and my father helped him out as a mechanic, so I went along with him to a couple of races. It was David who really sparked my interest and fire into starting out in motorsport and my enjoyment of it.

I really like bikes, I started off with a little schoolboy motocross bike which I enjoyed, but growing up so close to the Isle of Man, it was tales of Agostini, Hailwood and John Surtees at the TT that bounced around the dining table. If I was to pick out a hero on bikes it would be Giacomo Agostini because my Dad thought he was absolutely fantastic on his MV, my Mum was a big fan too, not just because he was a tremendous racer but a good looking Italian one at that. I guess Dad wanted to be him & Mum wanted to be with him!

I watched motorsport on TV when I could, but to be honest there wasn’t all that much on back then, a few Grand Prix highlights was pretty much it. We did go to watch racing at Ingliston near Edinburgh and I also remember going to see bike racing at Oulton Park and even a trip to Croft Circuit in North Yorkshire in its original layout. We probably went to watch racing two or three times a year.

Eventually I started Karting and one memory that particularly stands out was at Morcombe in 1981. I’d just started out and done about three races, I still had my novice plates and was on pole for the final. I’d won all my heats and set off on the warming up lap. The guy who was third on the grid missed his breaking point and promptly drove over the top of me, ripping my exhaust pipe off and hurting my shoulder in the process. That probably should have been my first ever overall victory. My return to the circuit the following year in ’82 was when I secured my first ever victory. It was the first time I had ever won! It gave me a heck of a lot of confidence and a lot of understanding that if you did something correctly, worked hard at it and focussed, you could be good at it. It was a big moment, winning the Scottish Championship at the end of ’82 and the British Championship in ’83 and then being on the podium at the World Championship in ’85 were all memorable for different reasons, but they all come back to that first victory in 1982 after having been so close the year before.

My first time in a race car

It was 1987 when we headed to Knockhill circuit. It had just been bought by the Butchers, who still own it to this day. Derek opened it up on a cold, dismal wet and freezing February day back in 1987 before went off for a walk with his dog, wrapped up with his wellies and deerstalker on whilst this young long haired yob from Dumfries had his first ever go in a racing car. We had a year old Formula Ford. It was just unbelievably cold, freezing with ice on the track and having just come from International Karting, I just couldn’t believe how little grip this car had. I didn’t even complete one lap before I’d spun. I simply looped round as soon as I gave it the slightest bit of throttle, woosh, round I went in a 360….

My first ever competitive race was at Silverstone on the National circuit. I’d never been there before but still stuck it on pole. But then it rained. I did make a reasonable start but when I got to the first corner, I hit the brakes and went off onto the grass. I got to the next corner, a hairpin at the end of the national straight, again I hit the brakes, locked up the fronts and headed off down the GP circuit…I think I finished seventh. I didn’t realise you could change the brake balance between front and rear and didn’t know you had to change it for a wet circuit, so every time I touched the brakes I just locked up and went off. Putting it on pole was a great start and showed I certainly had potential, but it also showed an awful lot of naivety and that there was still a hell of a lot of things to learn. I think I made a headline or two about my contrasting skills! Being on circuit racing against others has always felt natural. From my karting days, I was always useful at making my way through the field and enjoyed the art of overtaking. It is something I’ve carried through to my sports car days, commit to the manoeuvre, follow it through & keep on and racing right up to till the chequered flag drops. Racing other people, racing wheel to wheel, I enjoy a lot and always have done.

When you’ve been racing for thirty years, you definitely have some highlights. My first ever win, getting out of Formula Ford and into an Opel Lotus, which had slicks and wings, it suddenly had levels of grip that worked, I could finally get my head round a car that made sense to me again after International Karting. I could click with it, work with it. The first Grand prix car I sat in was Ayrton Senna’s car. He was there in the garage beside me. I was 19 years old and there I was in team de-briefs with Senna, quite an incredible experience at that age. My first Grand Prix is also right up there but when it comes to great memories, standing on the top of the podium at Le Mans, spraying champagne, celebrating my first win is probably number 1. You look across from the podium and there is just a mass of people filling the pit lane, the grandstands and the track is absolutely swamped with people with all their flags. You’re standing high up on the podium, a little lad of 28, who with your two mates have just won this amazing race. That is a huge memory for me. The thing about memories though is with racing drivers it is all about the future, not the past. I’m not necessarily one to look back and romanticise about victories, I tend to look to the future and think about how we can do it again.

That first Le Mans win in 1998. We were fighting all night with the sister car. We managed to get a lap lead but then we got a technical problem. Both cars were actually in the pits. The sister car had had an off through the gravel, when we came back out it was a battle between us and Toyota. There was a guy stood on top of an electric station at the exit of the Karting corner through the fast Porsche curves and when I was leading, every time I passed him he was jumping up and down waving his flag like mad. After the pit stops I’d dropped to second and whilst he was still waving that flag each time, it wasn’t with quite the same enthusiasm. He actually gave me a lot of energy. He didn’t realise but he was effectively a signalling point to me as to where we were, if we were catching the Toyota. At that moment, when we had to dig deep and fight hard, that was without doubt a real bit of fan power.

In 2008 I think we did a perfect job. 2007 we had been so close. We were leading by three laps when the wheel fell off with just a few hours to go. It was absolutely devastating. But we came back the next year and executed everything just perfectly from start to finish to win by a slender margin in a race most people say was one of the best Le Mans ever. 2013 was without doubt the hardest race I’ve done this year. To achieve a third victory alongside some excellent team mates was simply stunning. But we all know that Le Mans can also be a cruel mistress as well. For every massive high there is also a massive low waiting around the corner to go and bite you.

If I had to drive one circuit? When I look at various circuits, one that keeps popping up is Watkins Glen. I’ve not been there before, Dario Franchitti has always told me it is a mega circuit. I was only speaking to someone this very weekend who has raced historics there and he said it is just an unbelievable circuit, so it is obviously a track that lends itself to every type of car. I’ve raced at most circuits across the World but not been there yet.

I’ve been racing for thirty odd years. What was once my hobby became my career. Everyday when I wake up and am doing ‘home work’, or I’m thinking of my next race or flying to another circuit, I have a smile on my face. It has been one fantastic ride all the way from the start to the finish. Thankfully it hasn’t quite finished yet. I don’t think anyone could have got more enjoyment out of their sport than what I’ve had. Even if I hadn’t made a career out of it, I think I’d still have been racing karts, not necessarily at Morcambe as it’s no longer there, but I’d definitely be at Larkhall, Rowrah and Crail because certainly in my opinion, karting is the purest form of the sport.

Your fans have such great memories from following you Allan, for over 30 years, thank you so much for that and brightening up the great times. 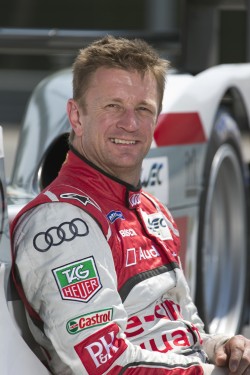 Click on the images below to view in full size. Copyright Allan McNish 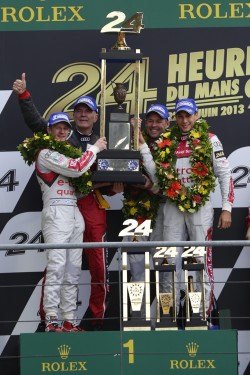 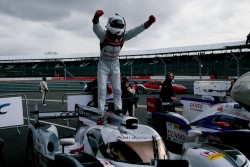