Vicky Chandhok, President of the Federation of Motor Sport Clubs of India: my life in Motorsport

Motor sport has been in my family through the generations.

Damon was absolutely fantastic and probably ranks as my favourite driver of all time.

I have been fortunate to have driven many different cars myself, the favourite being a 1978 Chevron B42 in Formula 2 spec.

In 1982 I did a stint of 3 weeks training at Brands Hatch, racing Karts, motorbikes and single seater cars and the following year bought my own Chevron which had been raced by Elio de Angelis, which I enjoyed driving for 5 or 6 years.

You might almost say a love of the sport is genetic in our family, as one of my sons took up racing too.

Karun attended events from being a little baby, sat on his mother's lap on the way to races and to watch them.

There were no opportunities to race karts when he was a youngster.

He improvised though and used to make his own little circuits around my office and workshops when I bought him a kart on his 6th Birthday.

Not only did Karun choose to pursue a career in the sport, but he made it all the way to F1.

This year he also became the first Indian driver to race the Le Mans 24 hour and I will be watching the FIA live stream of Karun racing in the World Endurance Championship in Shanghai this weekend whilst I attend the Indian Grand Prix.

This week sees the 2nd running of the Formula 1 Grand Prix of India. It is a very proud moment once more and this year we have made a big step up.

Given the financial requirements to make it to the very top I can't see another Indian driver making it to F1 like Narain Karthikeyan and Karun, perhaps in another 5 to 8 years time this could be possible again as it is currently all about money for now.

The benefits of staging the Grand Prix in India are beginning to be seen at grass roots level of motorsport across the nation. Last year we issued around 300 permits for race events in India. This year that figure has risen to over 400. The level of interest is huge. People want to get involved and take part and I hope this leads to more Indian drivers aspiring to compete in and win our national championships.

Mr Vicky Chandhok spoke to Sporting Memories Network from the Buddh International Circuit during preparations for this weekend's F1 race. Our sincere thanks for all the time and support given to the project by Vicky and Karun Chandhok 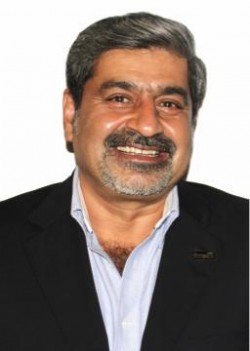 Mr Vicky Chandhok, President of the Federation of Motor Sport Clubs of India 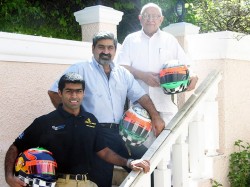