As MD of Chevron Racing Cars Ltd, what is your cherished memory of Chevron and the drivers you have worked with?

There are many, many memories and we have done quite a few anniversary races over the years. One of the best was the 25th anniversary of Chevron and we had a lot of drivers over from all over the world and one in particular, the famous Chevron driver Brian Redman who is a great raconteur as well. He drove for Ferrari and Porsche and very, very successfully put Chevron on the map.

One of his great stories and a great fact was he was racing at Spa for the European Sports Car Championship in 1971 against Jo Bonnier and he had to win the race to win the championship for Chevron. It was an endurance series and after several hours of them racing, it all came down to the last lap. As they came to the last corner, La Source, Brian had sussed it out and out braked Jo Bonnier. Jo Bonnier went straight on and Brian Redman just got round the corner and on to take the chequered flag. He won and Chevron won the European Sports Car Championships by 1 point.

So Spa, for Chevrons has a great resonance and it’s also been a favourite circuit for a lot of drivers. My own memory of driving a Chevron B19 like Brian was driving was a few years later at Spa. I had the quickest lap of the weekend out of all the cars that were there, quicker than Can Am cars and F1s.

What’s it feel like going through Eau Rouge at Spa?

Actually, Eau Rouge is not too bad, now they’ve changed it up the top. The bottom of Eau Rouge is not too hard, if you tell yourself you’ve got gravity the other side you can just keep flat. The top is a different kettle of fish because when you go flat it gets really light at the top but they have pulled that Armco back that used to be at the top on the left and you had to try and avoid it. For me, the biggest challenge at Spa is Blanchimont. You’ve got some kahunas if you go through there flat. I have tried it but not managed it.

My other abiding memory at Spa is leading a race in a Formula 1 car and on the last lap, before Bus Stop at Blanchimont, I came off big time and had a massive crash. It still gets me every week, just 2 more corners and I’d have come home with a race win. It was a great event, it was the first time a woman had led a TGP Formula 1 race. What people said, what was amazing was the whole paddock went quiet. It was the first time I’d done sports psychology. I qualified 5th on the grid and you have to plan all the race with sports psychology which is amazing. I hadn’t planned to be in the lead, so I remember coming back to the Sports Psychologist and saying I didn’t know what to do when I was in the lead. I’d planned on being in 2nd going into this or that and then maybe try to get over the line first. So it was all her fault! But Blanchimont is the corner for me….

What car were you driving?

It was a Shadow Formula 1 car, originally driven by Clay Regazzoni in ’78. I ran it in ground effect spec which was how Elio De Angelis raced it in 1979,. I was running in what was called TGP Formula 1 then, we used to race about 2 weeks before or after the modern F1 cars. We would race cars that Nigel Mansell and Nikki Lauda would race. It was very competitive and Bob Berridge who was in that race I was leading. His classic comment was that his contact lens dropped out and that was why I went in the lead. I got a lovely trophy for that by the champagne company for the Most Sparkling Drive of the Year. I always say I got that for crashing!

Who were your heroes growing up in motorsport?

I started motor racing at 17. I don’t come from a car mad family at all, my brothers were not particularly bothered about cars. I went to Oulton Park for a Gold Cup meeting and Divina Galica was driving and she broke down in front of me, I was just stood at the fence and got out the car. I thought, “Oh it’s a woman”. I didn’t realise we could do motor racing so I decided there and then that that is what I wanted to do. It was quite a day for me, I didn’t realise at time. I was with a friend from school and she said ‘I know a racing driver, he lives around the corner from me. Let’s go to the paddock and say Hello’. In those days, to get in the paddock was hard, you had to pay and we couldn’t afford it, but somehow we managed it. We went over and said hello. That turned out in the end to by my husband. I met my husband on that day, changed my life, wasn’t going to university and went home and told my parents I wanted to be a racing driver. That’s how I started. Davina has always been a great role model, because she was a quick driver and has a few lap records. I never got to compete against her properly. I got to be team manager for a Thundersports race years later and our team won. The year later I drove but she wasn’t in it.

I was a great Ayrton Senna fan. He raced in Formula Ford 2000 when I did. I have a super picture of me in front of him in my car. He signed it years later. He gave me such a funny look as he didn’t understand what it was. I’d had a puncture and I was just coming out of the pits so he was behind me. But the photograph, you don’t know that. I can remember him racing in Formula Ford 2000 and the paddock going quiet and the commentator saying that guy will be in Formula 1. He was very quiet and didn’t speak much English. He was the best driver ever.

Helen shared this memory for the Replay Motorsport project at the www.chelseaautolegends.com show on 3rd September 2012. Our thanks go to Chelsea Autolegends in making this memory possible. 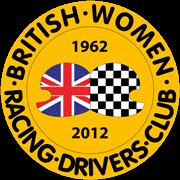