Going to a race was a really special treat for us and that was reserved to the British Grand Prix. In summer, the British Grand Prix would come around at Silverstone or Brands and that was an amazing experience for us! At the time the roads going into both those races were terrible, so dad used to fly in in helicopters and so we got to go in that too, that was hugely exciting, as you can imagine, for a six/seven year old! We didn’t have these wonderful motor homes that we have today, they were pretty much camper vans! We were all made to pitch in, we were very much children that were to be seen and not heard. We had to earn our keep, so to speak, when we were at the race, so I used to spend my time in the kitchen helping make sandwiches and tea for the boys and doing the washing up - that’s how our parents operated on a race weekend.

Away from the races I have great memories of visiting the factory when I was little. Dad, I think in order to get his quiet and peaceful time, used to take Jonathan and I to the factory on a Saturday to work with him. We used to just hang out, and sometimes during the holidays he would do the same during the week. I would have lovely days sat on the secretary’s knee typing letters and playing with the franking machine – back in the days when we used to do that. I had a very nice time and it was a brilliant factory, which was my playground!

Also I loved the cars and mechanics and the noise of Formula 1. For me, Williams has always been about the people that we have here and I have always been close to the people that work here. I can walk around and people will look at me and say “I can’t believe it, I used to know you when you were in your nappy Claire!” and stuff like that. That’s what this place is like. I’d always much rather hang out with ‘the boys’ in the garage. I used to spend most of my time making them cups of tea then having chats with them and helping them clean bodywork, that’s what I love!

We saw the drivers too, they were great, but they were in a whole different world, they were - and still are - the superstars of our sport and that wasn’t where I was necessarily interested in being. We weren’t allowed to either, as kids it was “Keep well away from them as they are being important!”

I was born in ’76 and so by my late teens there was a lot of success with Mansell and then Hill. Those were amazing. We didn’t get to go to many races and we all went to boarding school. I went to an all girls’ boarding school and the only way that I found out how we did on a Grand Prix weekend was to read one of the newspapers on the Monday morning and try to find where Williams came amongst all the text. It’s funny now, I would’ve watched the races but we weren’t allowed to do so at school.

Two of the Grand Prixes stand out in my mind. The ’92 race when Nigel Mansell won the British Grand Prix with the crowd invasions. Growing up with the highlights always having being going to Silverstone, driving into the circuit when everyone knew who your dad was, during the glory days of Williams, people used to greet dad as a massive hero and we used to be in the car with him when they’d stop him and surround the car and we wouldn’t be able to drive anywhere! People would be climbing all over the place - that was amazing. Those were the days when Nigel was with us, I remember you couldn’t turn for people wearing a Williams t-shirt or cap and I loved that. That to me was jaw dropping and eye opening, what kind of world do I occupy here, it didn’t really compute with me so that was really special.

Then when Dad started to take me to one extra race from about the age of 14, I chose Hungary in ’92 and that was the year that Nigel that came to his first and only ever World Championship with us. I remember being there and being part of that. I still remember Nigel coming back and those were the days when we just had a camper van and he could barely move for media that wanted him. It was just wonderful to see that and though it’s just a small memory, it’s still a great one!

I got a job at Silverstone after university. I loved it, as much as I love my job now, I loved working at Silverstone. It’s another of those places where the people were all amazing. We had a wonderful time, though we were working every race weekend but with the variety across that it was fantastic and I’d never really been exposed to it before - to be setting up the Press Office or helping to do that for superbikes or touring cars. I loved it when the touring cars came to Silverstone it was brilliant. We’d all go out and watch them whilst eating burgers in the vending area with everybody. It was fantastic with such a sense of team spirit. We hosted our first ever night race whilst I was there, I can’t remember which type of race it was, but it was absolutely mega! That was a really good race.

I remember doing my first ever British Grand Prix as the Head of Communications for Silverstone and setting up the Media Centre for the 400-odd journalists that would descend on Silverstone for that race weekend. I don’t think anyone understands what it takes to organise a major sporting event like that. I wasn’t organizing all of it, just one small part, and the work those guys do is just phenomenal! I loved it, but I felt completely out of my depth and the media got to do almost anything they wanted to do that weekend!

It’s so exciting being part of Williams again today. I joined in 2002 and moved my way up the ranks to become Deputy Team Principal and Commercial Director in 2013. We haven’t had a significant amount of success in the past decade, so for me the 2012 win in Barcelona with Pastor was amazing, but it was just so stand alone in its success. Overall last season as a whole will be one I will never forget and I’m so grateful that I know what it feels like to compete consistently for podiums once again. Forget Nigel’s World Championship win, forget anything else – it would be Abu Dhabi last year [2014] that will become my stand out memory because we did everything we needed to do under intense pressure. We got both our drivers on the podium, we got fourth in the Driver’s Championship, and most importantly we got third in the Constructors’ after an extremely disappointing 2013. I will never forget it. If I could package up the emotions I felt as the cars crossed the line and sell it then I would make an awful lot of money. Obviously though at the core there’s now the ambition and drive to repeat that feeling, and hopefully go even further. That’s what drives you forward at the end of the day isn’t it! 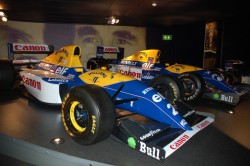 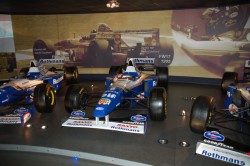 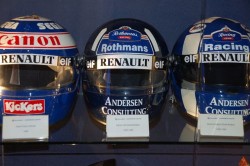