My father was involved in motor racing and because of that, I have always been very close to it. My Dad did a little bit of racing himself, but he also worked for a company that supplied tyres to Formula One and other branches of motorsport, so I used to go to races with him. The drivers at the time included the real icons of Formula One, particularly Jim Clark, Jochen Rindt and Jackie Stewart were the ones that I admired. 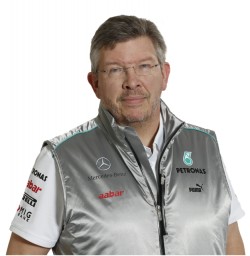