In 2006 we approached Don Panoz to say we wanted to race in one of his cars. We knew he had a car with a really good engine, but lots of people wanted to race Don's cars. We felt we could help with improvements to the car, particularly around the chassis, with our team.

With Don's blessing we started racing and entered the Le Mans 24 Hours.

Richard Dean and I are of a similar age and we had another experienced driver called Warren Hughes. With just a couple of months to go, I took a bit of a wild decision to replace Warren with a young guy called Tom Kimber-Smith, who was only about 20 at the time.

We got there and found ourselves racing against the Panoz works team comprising a full team of professional drivers and the kind of budget that goes with a works team. We were very much under-dogs for the race, not only going up against that works team, but also the factory Porsches. History said at that point that the winner of GT2 would always be a Porsche and they would be running on Michelin tyres. We were on Pirellis.

We set out our race plan, taking into account a sensible race pace for such a long race. What we quickly established was that because of our economical style of driving, we were able to go an extra lap before re-fuelling. The Panoz works team therefore thought they could do the same but within the first hour, their car ran out of fuel on the circuit and they couldn't get the car back to the pits. The race was over for them, so we then became the focus of attention for Team Panoz for the race, which was great to have their support.

It was Don's 10th attempt at winning the 24 Hours of Le Mans and the 100th anniversary of the race and we were in garage 13, which is Don's lucky number.

We stuck to our exact plan for race pace, never altering our pace up or down until the final hour.

By then the car was starting to resemble the African Queen, with various parts having dropped off it. You'd be driving at 180-190mph and the bonnet would start blowing upwards and at certain points on the circuit, because you are sat so low in the car, you really couldn't see where you were going.

The rear diffuser fell off, the rear spoiler fell off, which meant the back end bodywork started to lift at high speed too, so you couldn't see behind you either!

At each pit stop, more and more tape was wrapped round various parts of the car just to keep it together.

Despite all this, our pace remained consistent and we kept moving further up the leader board until with about 3 hours to go, we took the lead in our GT2 class when the lead Porsche broke down. They managed to limp the car back to the pits and at that point we thought we had the race won, but they managed to get the Porsche back out and it started chasing us down.

With about 40 minutes before the end of the race, all other class results were pretty much sorted, so the focus was could our Panoz on Pirelli tyres beat the factory Porsches on their Michelins, bearing in mind up to that point, Porsche had always won GT2 and that was always a car using Michelins, so we were absolute rank outsiders.

We just kept on going.

It then came to a scheduled driver change, I stood with my seat in the sun ready to take over from Richard. The Porsche was really hunting us down, to complete a driver change, there are a number of things that can potentially go wrong, with seats to change and belts to sort, it can lose a serious amount of time. I had my headset on and checked with Richard if he wanted to continue and just as importantly, if he felt physically able to do so. He confirmed he was okay and so we took the decision for him to continue.

The hospitality suite above our garage was absolutely packed, with people hanging out to watch what should be the final stop before our potential victory.

I remained ready by the car with my seat, just in case we needed to swap for any reason. The car was re-fuelled and Richard dropped the air jacks, hit the starter button and click. Nothing.

You cannot push start a car at Le Mans, it must start under its own power.

At that moment, you just thought oh no this is not good! No one even took a breath, we just looked at the car. It was just sat there with all the mechanics around it and the re-fuellers.

The chief engineer stood in front of the car and said "Re-cycle ignition". Richard turned the ignition off. Waited a few seconds turned it back on and hit the starter button and..........left two huge black lines as he roared off.

Hanging off the pit wall with all the team as he brought the car to victory was a wonderful moment.

The podium was fun, as you are in GT2 you are down the pecking order a bit but the atmosphere was fantastic. We stood up there looking down to a massive crowd who really seemed to appreciate a British under-dog team win. I spotted a few faces I knew in the crowd and threw my Pirelli hat to them. I don't think there was much of a fight for it, but there was a lot more interest when I feigned throwing the trophy down to them too..........

The trophy sits in my boardroom behind me right now as I'm thinking about this win. Definitely the highlight of my race career so far, to win at a track I love to drive at. 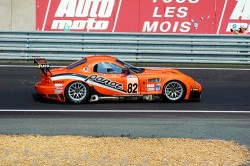 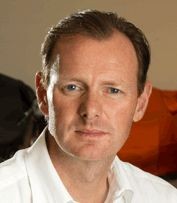