After we won the 1964 Monte Carlo Rally we had to immediately fly the cars back from Nice to Britain because we were asked to appear on that Sunday’s edition of Sunday Night at the Palladium.

At the time the show attracted audiences of around 27million. We went on the stage with the Mini alongside Bruce Forsyth and other Stars like Tommy Cooper; it was a great night. When I was asked by Bruce what the most difficult part of the event was, I said “getting the Mini through the stage door”!

What we had done with the Mini and BMC was a great achievement for the country. It really felt that we were racing for Britain. You have to remember that at the time post war Britain was still struggling to recover and increasing exports was incredibly important, so winning was as much about bread, eggs and milk as racing. That was why BMC were racing in the first place; it was all about exports.

Appearing on Sunday Night at the Palladium was about the country celebrating the win. The response was amazing; I received telegrams of congratulations from the Prime Minister (Sir Alec Douglas-Home) and even the Beatles.

Paddy is a Patron of Skidz, a charity helping younger people struggling in formal education to develop motor skills www.skidz.org.uk 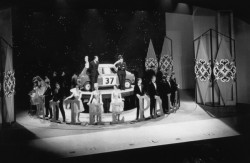 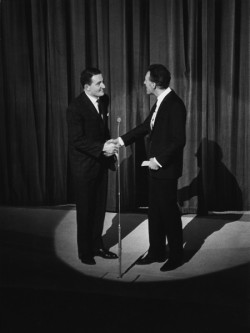